Share a memory
Obituary & Services
Tribute Wall
Donations
Read more about the life story of Kenneth and share your memory.

Ken Graduated from Remer High School in 1963, and Itasca Junior College in 1964, after graduation, Ken married Rose Cole. They had two children together, Paula and John. Ken worked for the Wringer Co. in Park Rapids, MN, then transferred to the Wringer plant in New Hampshire for two years at which time the family moved back to the Park Rapids area. He was a manager for three Holiday stations before he started his career in the logging industry working for Walsh Logging until his retirement in 2012. His son, John worked right along side him for 25 years.

Ken above else loved his family. Ken, being the only boy, was raised with six sisters which was probably a challenge for him at times, but they will all tell you; he never showed it. He was the sweetest man, best dad, best grandpa, best brother, best mentor, and best friend to so many.

Ken loved hunting, fishing, MN Twins, MN Vikings, Nevis high school football, boys and girls basketball, watching all the animals on his trail cams, gardening, country music, and just being with his family. He would give help to anyone who needed or asked it of him.

He will be so missed by all of us! Even in laughter the heart may ache, and the end of joy may be grief, Proverbs 14:13

There will be a celebration of Ken’s life in the spring of 2023.

Arrangements entrusted to Northern Peace funeral home. Online condolences for the family can be left at www.nothernpeace.com

To send flowers to the family or plant a tree in memory of Kenneth John Daniels, please visit our floral store. 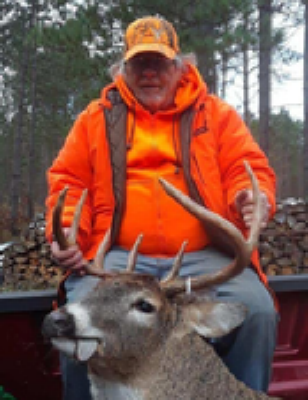